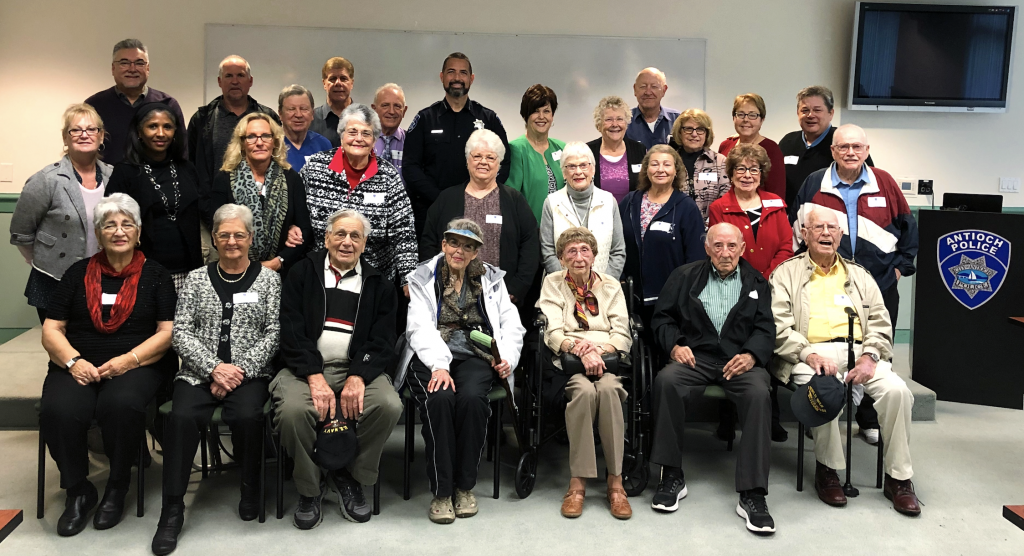 Well, I knew this day was coming, just not so fast! Thinking about all of my experiences and encounters over the past 23 years, there’s one in particular that stands out. In 2017 former Chief Brooks invited twenty or so members of our community, the youngest being in their 70’s and the oldest pushing the century mark, to share what it was like to be born and raised in Antioch. These amazing men and women told some of the most humbling and inspiring stories about their parents and grandparents, many immigrants who had called Antioch home and times long gone but fresh in their hearts and minds. The thing that struck me the most is that despite all of the challenges and change each of them had experienced during their lifetimes, none of them had anything bad to say about Antioch or the city it had grown to become. In fact, all of them reminisced about how good Antioch was and is. About how their lives had been molded and impacted by the hardships and opportunities Antioch had to offer and how they were better people because of it.

There was a sparkle in their eyes as they remembered growing up in the town they still reside in and love. This special day has continued to remind me of the power of looking at what is good about Antioch, which is much. For me, Antioch has always been about the beauty I see everywhere I look, every street I drive, and every hill I run. It’s the neighborhoods, whether old or new and the people who live and work in them. It’s the industry and home-based businesses. It’s people building their dream homes and others living on the streets just trying to survive. The true beauty of Antioch is its people, every part of the world represented, struggling to live in harmony and acceptance of each other, trying to overcome hatred and division, searching for hope and purpose and love. Everyday people like you and me, just doing their best to raise families, make a living, give back and live a life of peace, meaning, and significance. Thank you for allowing me to accomplish all of those things and so much more. It’s been my privilege and honor to have played my small part in the Antioch story. May this place I’ve grown to love continue to look up and fulfill its destiny to become a community where every resident can find their purpose and proudly call this home. May God’s will be done.

The Face Of Opportunity

In Antioch, opportunity looks like Ron Bernal. As our new City Manager in 2017, Ron inherited a General Fund budget so small, it was expected to be depleted in just three years. That projection didn’t align with the opportunities he knew lived right here in Antioch—so he decided to change it.

Ron led the effort to pass Measure W, spearheaded the establishment of a Budget Stabilization Fund, and hired a team of City staff superstars. He also launched the marketing rebrand of Antioch and oversaw the rebuild of City Hall.

Ron’s hard work and belief in our city paid off—literally. Antioch has emerged from the economic downturn and the pandemic with General Fund reserves that are more than double what they were in 2017. Ron has poured that money back into our community via our new desal plant and other initiatives that will ensure his legacy thrives.

We thank Ron for his 36-year career in public service—23 of which he spent right here fighting for the future of his town. “If I could do it all over again, I’d choose Antioch.” And we’d choose him right back.
In Antioch, opportunity looks like clean water, new industries, bustling restaurants, and engaged neighbors.
Thanks to Ron, opportunity looks like us.